How to become a wildlife cameraperson – Part 1: The job

Almost every intern and student that joins Africa Media on our wildlife filmmaking internship program has a quest – to become a wildlife cameraperson. This highly glamorised job offers incredible opportunities to travel the world and document the marvels of our natural world and wild places. It is however, a highly challenging and demanding job that is often not quite as glamorous as is made out. However, for adventurers and explorers who want to embrace the ups and downs of this career and want to become a wildlife cameraperson, I humbly offer some guidance.

What is the job? – the good and the bad

The initial consideration is that it is only one of many jobs within the wildlife filmmaking industry. More importantly, the wildlife cameraperson only works during one section of producing a wildlife documentary (thereby only having earning potential during that phase).

A wildlife documentary production involves (a) pre-production, (b) production and (c) post production. Now, strictly speaking the role of the camera operator is limited to the production phase of project. This is the phase where the crew travel to a (usually) exotic location and collect the media content for a wildlife documentary. During the planning phase, a camera operator may be asked to supply stock footage for the pitch or be asked advice on where and when to capture content; but has no formal revenue earning role in this part of the production. Similarly when the producers, editors, sound engineers, narrators and director are pouring over the footage during post production, the camera operator has no definitive revenue earning role.

In my opinion it is vital a specialist camera operator should accept that their revenue earning potential is directly related to the number of days away from home they are willing to sacrifice. Whilst this is wonderful for single, young students, when you have a family and children, this can put many additional pressures on you. As a result many camera operators  ‘moonlight’  in the corporate and commercial fields. This enables them to work around their family commitments and the desire to be at home more often. Alternatively, they develop diverse skills that allow them to contribute to the pre-production and post-production phases of a documentary (e.g. researcher, director, editor, producer etc.). With this in mind, here is an outline of the ‘good the bad, and the ugly’ (with apologies to Sergio Leone) of a wildlife camera operator’s job.

There you have it, the good the bad and the ugly of a wildlife cameraperson. In part two, I am going to introduce the skills and training you need to master the wildlife camera operator’s job. I hope you found this useful, and to any camera operator out there, feel free to add any good, bad or ugly parts that I have missed! 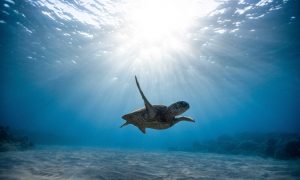