As South Africans, we love heading to the bush for a bit of R&R. After recharging our batteries in nature, we inevitably head home, eager to show friends and family pictures of the animals we encountered during our game drives (or walks, if lucky) around the parks. But what good is a blurry photo that can either be a rhino, a hippo or just a big rock?

One of the most common mistakes that amateurs (and some professionals) make, is not checking their gear before they venture out.

Remember; when you are in the middle of the bush, there is no running back to the tent to get extra batteries. Be sure to pack a spare pair, and while you are at it, grab an extra memory card as well. December is generally sunny too, so it won’t hurt to pack the sun filter just in case. If you have those things, you are already on the right track to taking awesome wildlife photographs.

If you are with a tour group it is a different story, but if you decide to venture out on your own, the most effective weapon you can have in your arsenal isn’t the camera’s lens – it is patience.

Many photographers are too eager to get as many shots of different animals as possible, which can be detrimental to the overall quality of the shots. Once you have spotted a subject, stay with them for a good amount of time. Eventually the animals will get used to you, giving you the opportunity to observe and photograph them in their natural habits. Some of the best wildlife photographers rose to fame by photographing the same group of animals for weeks on end – eventually scoring award-winning pictures. The key here is not to rush it, but to take your time. That, in essence, is the secret to taking awesome wildlife photographs.

This might sound a bit obvious, but pick your time of day. You will be able to get different shots at different times of the day. In the early morning or late afternoon, for example, you can slowly make your way to a watering hole where many animals congregate at once. The dead heat of the day presents different opportunities, such as a pride of lions resting under a tree. Not much will be happening, but most animals should be at ease with their surroundings as predators aren’t as active then. Many photographers have told stories of lions that crawled under their cars to escape the heat – which will make for some really interesting pictures.

But if you aren’t lucky enough to have a really close encounter with a predator, your next best friend is going to be a variety of lenses.

Professional photographers should already have an array of lenses at their disposal, but amateurs mostly have to make do with stock lenses or a few general-length ones. If we could offer some advice, it would be to get a telephoto lens. The length of the lens will be entirely up to you, as you need to figure out how close you can get to the animals, and what type of wildlife you will be shooting. To cover a wide spread, a 400mm or 600mm should suffice. If worst comes to worst, a teleconverter on a 300mm, for example, should do the trick.

So… you have the camera, the lenses and picked a time of day. The next thing you need to pay attention to on your road to taking great wildlife photographs is framing.

It’s a technique that is certainly not unique to wildlife photography, but it will increase the impact and emotion of your images. Simply snapping a full-body pic of a buffalo is not going to do. As he is chewing, is the grass sticking out the one side of his mouth? Then frame the image (by zooming in and making use of the rule of thirds) so that the grass is clearly visible and a semi-focal point. Perspective can mean the difference between a great and an average photo, so don’t be afraid to move around slightly to get the right shot. 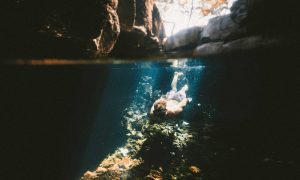 How to become a wildlife camera operator – Part 3: Getting work