Many believe that underwater photography is only done in the ocean. But, this is not the case! Freshwater underwater photography is a creative field in its own right. Even though you use the same skills and equipment as with ocean photos. Lakes, rivers, dams and underground lakes all have plenty of beautiful underwater life. If you want to try something new, here are some tips you can keep in mind to take some fantastic freshwater photos.

As always, research is vital before going out on a shoot. So, research the weather conditions of the location you’ll be diving in. Also, make sure what the water temperature is and what types of fish and creatures you can expect. Additionally, you’ll have to make sure if there is anything you need to do to gain access to the site you want to dive in. It could be a river running through a farmer’s land, or in a protected game reserve or national park. Research whether you need permission or even a permit to access the river or lake.

In contrast to what people think, fresh water is not always very clear. In shallower waters, especially, the smallest movement could kick up a lot of sand or silt. If these particles combine with a current, the visibility will be very poor. As a result, your photos won’t turn out clear. So, practise your freshwater underwater photography in an area with a rocky bottom. Also, while you’re shooting, remain as still as possible and keep your buoyancy controlled. Move very slowly so as not to stir up any silt.

Like with ocean dives, you will have to put safety measures in place when you go diving in fresh water. Some rivers have very strong streams that could sweep you away if you’re not careful. Therefore, make sure that there aren’t any waterfalls nearby that you might unexpectedly fall over the edge of. In a location where there are deep underwater caves, a strong current could be very dangerous. If you don’t take safety precautions, you could find yourself trapped in a hidden cave. For example, have a safety rope tied to a topside rock. To avoid accidents, be informed about the dangers of each location and prepare for each of them.

In addition to this, remember that freshwater habitats also harbour some dangerous creatures. For instance, crocodiles, leeches and freshwater snakes might be lurking nearby. Remain aware of your surroundings while shooting.

Eye to eye with a fish

If you’re snorkelling in shallow water, there isn’t much space for shooting your subject from above. There also isn’t a lot of room for creative backlighting from the sun. In this case, the best angle would be from eye-level with the fish or animal you’re shooting. To do this, lie on your stomach to capture the fish in action, or practise your over-unders and split-shots.

Make the light work for you

Since lakes and rivers are mostly shallower than the ocean, sunlight is abundant. This is a great advantage for freshwater underwater photography. But it’s also something you should use well to get the best pictures. You could capture sunbeams streaming through the surface or take pictures without strobes. However, use strobe lights where extra light could add a creative effect. For example, when shooting waterlilies, let the strobes light up the underside of the plants.

During some seasons, the water might be too high or too low to take decent shots. The underwater creatures in a lake might be migrating during a certain time of year. Or, the surface might freeze during winter and lead to less aqua plants. For the best photos, choose the best seasons for the subject you’re wanting to photograph. On the other hand, you could also visit a location more than once in different seasons. It might give you a whole new perspective on the same subject.

Did you find these tips helpful? Let us know in the comments below. 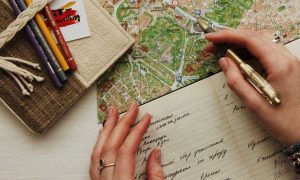 Buying your first camera: what every beginner photographer should know

Escape the elements: Top tips to protect your photography gear