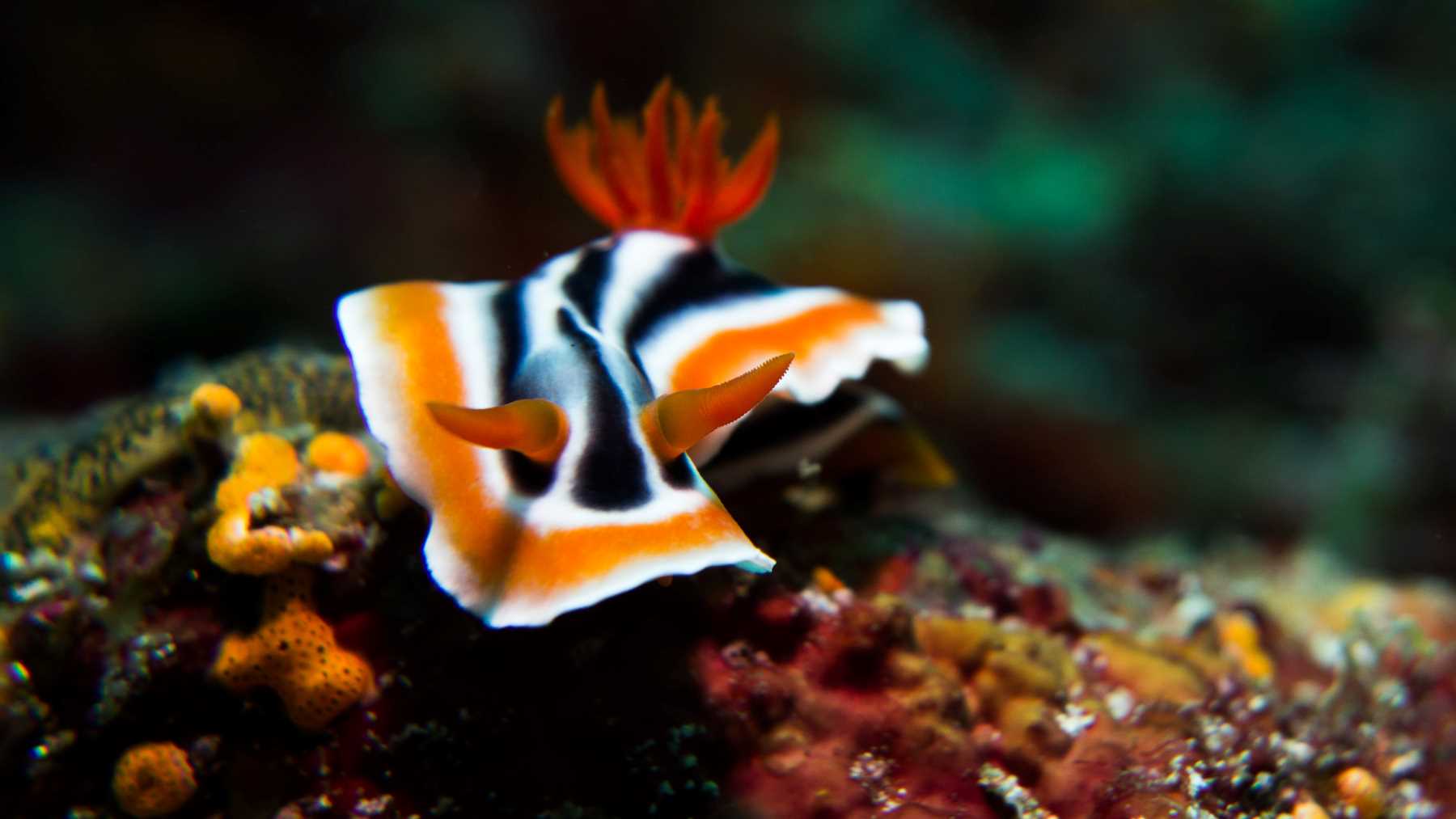 The underwater world is full of wonders. As an underwater videographer, you can capture the most fascinating marine creatures on film. But where to start? Here is a full list of the best sea creatures to film underwater. It will help you set some dive goals that will allow you to gather beautiful footage of marine life.

These gentle giants are popular diving partners, being very docile. Even though it looks like they’re moving slowly, you’ll still struggle to keep up with them while filming! Whale shark footage makes for beautiful videos. Slow down the footage in post-production and add some calm ambient music.

Whether you’re interested in great whites, tiger sharks, ragged-tooths or even smaller catsharks, sharks are all over the world. Though some are bigger and a little more territorial, others are calm, docile and even shy. What’s more, a shark video will always make for exciting viewing material! See which shark species occur in the dive sites you’re thinking of visiting. In addition, you’ll have to find out if you need a guide or shark cage to dive with the specific sharks.

You might have to wait a while for one to emerge from its rock hiding place. But octopi are some of the most photogenic subjects for underwater videos. Their graceful and flowing movements are mesmerising on film. There are various octopus species you could dive with: the blue-ringed octopus, the mototi octopus, the coconut octopus, and more. Just beware, a lot of octopus species can be poisonous.

Nudibranchs are beautiful, colourful sea slugs without shells. Many of them are found in shallower, warmer waters with coral reefs. However, nudibranchs occur at almost any depth and temperature in the ocean. There are hundreds of different kinds of nudibranchs all over the world. What’s more, they move slowly and won’t swim away while you’re trying to film them!

These are probably one of the best sea creatures you’ll film underwater – if you can find them. They are very good at camouflaging themselves, so you’ll have to keep a keen eye out when trying to film them. Seahorses are small fish that live in shallow waters with lots of weeds or algae. They propel themselves by beating their little dorsal fin between 30 and 70 times per second. Different species occur in different parts of the world. The Knysna seahorse, for instance, only occurs in the Knysna, Keurbooms and Swartvlei estuaries. These are water bodies found in the Garden Route of South Africa.

One of the most epic dive adventures is swimming among sea turtles. There are seven species of sea turtles, and six of them can be found in every ocean. The flatback turtle is only found in Australian waters. Other sea turtle species include the loggerhead turtle and the green turtle. The biggest sea turtle is the leatherback turtle, which can grow to about 2m long. Sea turtles live in the open ocean and some of them can swim very fast. When planning to film sea turtles, do some research on which sites you’re most likely to see them. Then, be responsible when diving with and filming turtles. Because most sea turtle species are now endangered.

Dolphins usually travel in pods in the open water. They glide swiftly through the water, so you’ll have to be smart about placing yourself if you want to film them. You’ll get some of the best footage of dolphins while they’re feeding on schools of small fish. If they’re feeding, they’ll also stay in that area for a while. The annual sardine run on the southeastern coast of South Africa is a popular event for filming dolphins and other marine predators. Dolphins are also harmless towards humans (except if you get too close to their babies!). Try and film them while playing, feeding or breaking through the surface as a group.

Crabs are very interesting sea creatures to film. This includes the smaller ones we find on the beach or in tidal pools. However, there are larger species that would make great underwater video subjects. Giant spider crabs, for instance, live in deeper waters and can have a leg span of 4m. They are the biggest crustaceans in the world. There are many other crab species found at almost every dive site, like sponge crabs and hermit crabs.

This is a specific species of sea bass found in the Indian and Pacific Oceans. It’s a large, grey-coloured reef fish and is sometimes also called a potato grouper or potato cod. Since a potato bass is a very curious creature, you can get very close to one with your camera while diving. They usually enjoy the attention and are known to follow divers around and “pose” for photos or videos. Use this opportunity to the fullest! You are almost guaranteed a swim with a potato bass if you dive on the coast of Mozambique or South Africa. So, it might be a good idea to check out our Underwater Videography program. You can spend a month underneath the water, collecting great underwater footage.

If you’re looking to capture a variety of sea creatures in one video, your best bet would be to visit a coral reef. Here, you’ll encounter a large collection of some of the best sea creatures underwater. It’s a great opportunity to film different species in one shot, or to document the biodiversity of a reef system. Reef fish you can expect to see in most coral reefs are butterflyfish, damselfish, triggerfish, angelfish, gobies, scorpionfish, frogfish and many others.

These are some of the best sea creatures you can capture as an underwater videographer. Remember to use this list to film some exciting marine life behaviour. You can film whale sharks, potato bass and much more on the eastern coast of South Africa or Mozambique. Join our Underwater Videography program for a month – you won’t regret it!